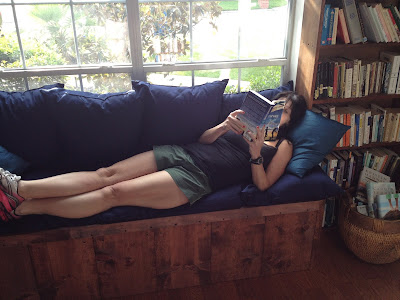 When my husband died suddenly last July, I instinctively and intuitively reached out to books. An unconscious decision, I was blindly following the patterns of my life—immersing myself in an unfamiliar landscape, awed by the way words on a page suddenly and inexplicably become a private conversation in which contemplation is allowed and even encouraged, emerging only after the dialogue has reached a stopping point that pushes me back into my surroundings wholly and utterly transformed.
Over the last nine months, I’ve found myself gravitating towards books in which loss plays a central role.  Each of these has been characterized by one defining feature that separates it from the others—some unique component that resonates, elevates, and endures. However, out of the various genres that take on the messy subject of grief, it is the memoirs that have been the most rewarding of the reading experiences.

By reaching backwards into their own personal nightmares, the skilled grief memoirist manages to drag readers through the wasteland of loss before carefully moving upward toward a more promising future. The catharsis that emerges from the memoirists' personal emotional
reckonings has shaped the contours of my own journey. (A few of my favorites are shown here.)

As a result, I hold great reverence for each of these narratives . Every single one of them.  Until now.

From a distance, Melissa Gould’s “Widowish” seems promising.  It is a recently published narrative written by an Emmy-nominated screenwriter/producer who loses her husband before either one of them is 50.  The publisher’s blurb includes a description of Gould as a woman who doesn’t fit the “typical mold of widowhood,” someone who doesn’t “look or act like a widow” yet struggles to rebuild her life in a similar manner to those women who do meet the cultural dictates and stereotypes. Gould’s story is supposed to be uplifting and deeply moving.

It’s not. Although the writing is solid, Gould doesn’t offer much in the way of insight, nor does she use what memoir-theorist and critic Vivian Gornick calls “an organizing principle.”  Basically, Gould tells her story from start to finish and leaves it at that. The recounting of the past is the redeeming factor in her narrative (and why I gave it three stars): Gould falls in love with her future husband while working a summer job in college, but they don’t get together until years later; they build a rewarding life together that is hard-hit when he is diagnosed with rapidly-debilitating MS at the age of 45; five years into his diagnosis, he suddenly gets sick and falls into a coma (it takes a few weeks for the doctors to figure out what happened); and after making the painful decision to turn off life-support, she is left with a teenage daughter who wavers between heart-wrenching need and emotional unavailability.

The story itself could have taken on the kind of resonating quality present in the other memoirs, but it just never gets there.  As Gornick says, it’s not what happens to the writer, it’s what “the writer is able to make of what happened.” Unfortunately, Gould’s inability to impart any insight about her emotional journey prevents her from tying the threads of her narrative together. In fact, the last third of the book is completely clouded by her falling in love unexpectedly with a handsome acquaintance eight months after her husband died. It’s not that she fell in love so quickly that bothers me. In fact, I think it’s perfectly understandable that someone who once enjoyed a healthy, fulfilling relationship would want that again, and would attract that kind of relationship more quickly.  The problem is that once she meets him, the narrative ceases to be about her journey of loss and more about her excitement that their relationship is accepted by her social circle.  Unfortunately, this plunge backwards into the era of high school popularity contests undercuts some of the better aspects of her story and left me feeling annoyed rather than rejuvenated. 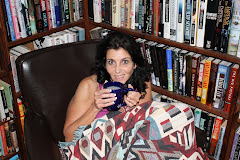